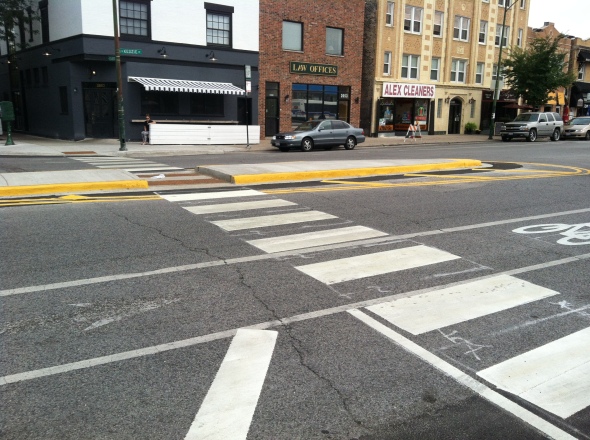 A new crosswalk was recently installed adjacent to the Logan Square Blue Line station. It crosses Kedzie Ave at the intersection of Emmett Street and Schubert Avenue. New paint clearly identifies the area as a pedestrian walkway, and a new cutaway in the center island gives pedestrians a smoother safer crossing, in addition to improving wheelchair accessibility. 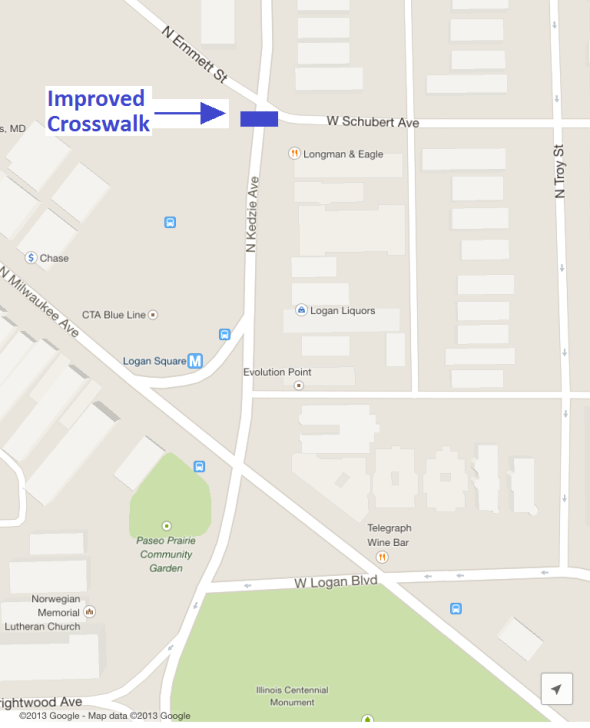 Pedestrians coming from and going to the blue line station seem to be using this crosswalk more than they were before improvements were made. Drivers behavior has not changed much, however. Drivers are still unlikely to yield to pedestrians, as state law requires. It took less than a minute of observation to capture the two pedestrians pictured below, who were clearly waiting to cross, but had to wait for a gap in traffic. 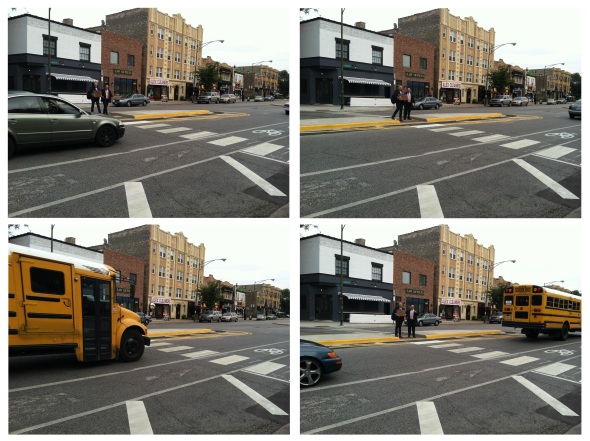 A crosswalk sign in the middle of the road, reminding drivers that state law requires them to stop, would be well placed here. The pedestrian island would likely protect a sign from much of the damage other middle-of-the-road signs have been subjected to.

Although there are still a number of safety issues surrounding the Logan Square Blue Line station, Bike Walk Logan Square is thrilled to see progress being made. We have high hopes for more improvements in the future.